Each year, millions of birds are captured from the wild or produced in captivity for commercial profit or human amusement, only to languish in conditions that fail to meet the instinctive behavioral and physical needs of these wild animals.

The Avian Welfare Coalition’s National Bird Day campaign aims to reduce the suffering of birds by raising public awareness of the destructive bird trade, the realities of cruel bird breeding mills, and ways to improve the welfare of birds already in captivity.

Wild at Heart: Birds in Captivity

Even when bred in captivity, exotic birds are not considered domesticated animals. They are the native species of other countries and all of their inherent behavioral and physical needs remain intact. Sadly, when it comes to birds, deprivation of their natural behaviors (to fly and flock, for example) is an inescapable component of their captivity.

Exotic bird sanctuaries across the country are overwhelmed with hundreds of unwanted and abused birds in need of rescue and life-long homes, while thousands more languish deprived and ignored in their cages because their “owners” have lost interest in them. Others are simply released to fend for themselves; most of these birds will perish.

Meanwhile, pet stores and breeders across the United States continue to treat birds like merchandise, peddling them into the pet trade.

Each year, thousands of parrots are taken from the wild to be sold as pets. The initial shock of losing their freedom and being confined to a cage can kill many wild-caught birds. It has been estimated that 60 percent of wild-caught birds die before reaching international markets. To compensate for mortalities, up to four times as many parrots are captured than make it to market.

The demand for birds as pets or as breeding stock for captive breeding is the driving force behind the cruel trade in wild-caught birds. Globally, the illegal trade in wildlife is second only to that of drugs.

The popularity of birds as “pets” in the U.S., whether captive-bred or wild-caught, influences global trends, thereby influencing the global trade in wildlife species around the world.

Replacing the demand for birds as “pets” with a demand for preserving the species in the wild will reduce inherent welfare problems associated with captive birds while increasing the support of conservation efforts, such as ecotourism, that help local communities and protect wildlife by allowing people to see that birds are more beautiful wild. 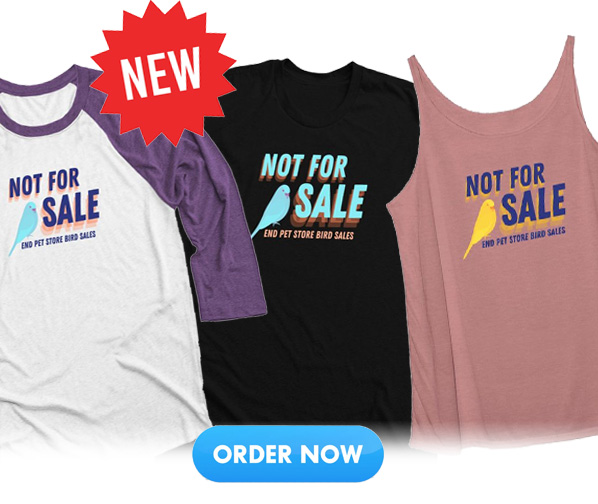 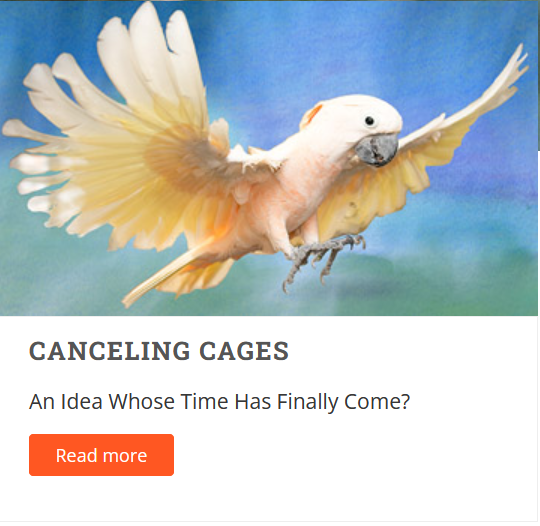